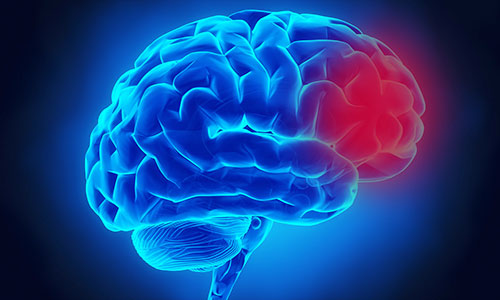 The vast majority of individuals will be suffering from at least one or more brain injuries in their life times. Fortunately, most mild brain injuries resolve themselves within weeks to several months post injury. When there are other complications, repeated injuries without proper time of recovery between injuries, and other physical or psychological issues, a person may continue to report symptoms long after the typical period of time.

A sub category of ABI is a Traumatic Brain Injury (TBI); it is a brain injury that is caused by a direct or indirect trauma from an external force to the brain, such as blunt force, a bump or a blow, a rotational or jolty motion, or an object’s penetration of the head.

A brain injury can be generally classified as mild, moderate, or severe. Other ways to describe the injury have to do with the nature of the assault – such as open or closed head injury, rotational versus back-and-forth (often described as the whiplash effect) movement, blunt versus blast (in military injuries), and other details that are important in the analysis of the injury.

Other information, such as duration of loss of consciousness, memory difficulties before and after the injury (often referred to as anterograde and retrograde amnesia), transient alterations in consciousness, and the presence of other symptoms such as confusion, disorientation, nausea, and headaches help clinicians determine the classification of the injury.

Epidemiology and Prevalence
In the United States approximately three to four million adults and children sustain an acquired brain injury (ABI) every year (1).

The most common causes of TBI are:

Adults above 65 are at the highest risk of dying from TBI, and men are three times more likely to die from TBI than women.

On average, about 4 people suffer from a TBI within an hour in the U.S. and about 5 million Americans live with TBI-related disabilities (6, 7). Children’s sports-related concussions are on the rise; the rate of sports and recreation concussion emergency room visits rose 57% among children (age 19 or younger), based on data from 2001 to 2009
(4).

About 5 million Americans today suffer from permanent disabilities in daily life functioning due to a TBI (6). Some deficits are temporary, lasting a few days, weeks, or months, while others are permanent and life long. The majority of TBIs are classified as mild, with a recovery time that is estimated between three months to a year (with a small percent of individuals reporting cognitive concerns for a longer period of time). The extent and nature of deficits resulting from a TBI depend upon the severity of injury, location in the brain, and the age and other health factors of the individual. A TBI often results in cognitive, emotional, behavioral and communicative disabilities and in some cases follow with medical complications such as epilepsy (6).
Areas of cognitive concerns are impaired thinking or memory, lack of focus and concentration, movement and sensation difficulties, personality changes and depression. The most common cognitive impairment in moderate to severe TBI is memory loss of specific memories or the inability to form new memories and store them as long-term memory. Family members of TBI survivors are often affected and may need psychological and supportive services as they adjust their lives to care for their loved ones and learn to accept them as they are post injury. TBIs can have a significant impact on survivors, their parents, spouses, siblings, extended families, friends, health care providers, insurance companies, attorneys, educators, and government agencies.

Diagnosis and Symptomatology
The rating of TBI severity is generally categorized as mild, moderate, or severe, and is assessed using the Glasgow Coma Scale. The World Health Organization Collaborating Centre Task Force, The Centers for Disease Control, the American Congress of Rehabilitation Medicine, and the majority of other bodies require the assessment of: loss of consciousness, post traumatic amnesia, transient alterations in consciousness, and focal neurological deficits. Other symptoms of TBI include headache, lightheadedness, dizziness, confusion, blurry eye vision, bad taste, tinnitus (ringing in the ears), tiredness, sleeping problems, trouble with memory, attention, concentration, or thinking, and behavioral or mood changes (4-7).

More severe symptoms often include a persisting or worsening headache, nausea and vomiting, seizures, convulsions, slurred speech, coordination problems, difficulty waking up, dilated pupils, numbness in the extremities, restlessness, or agitation. While moderate to severe TBI results in more cognitive problems than mild TBI, repeated mild TBIs, particularly within a short period of time, can cause cognitive deficits resembled in ones detected in moderate to severe TBIs.

In about 40 percent of TBI cases, individuals develop a cluster of symptoms classified as a condition called post-concussive syndrome (PCS)(6). Symptoms may last for days to weeks and often include memory problems, headache, trouble concentrating, irritability, depression and anxiety, vertigo, dizziness, sleeping problems, restlessness, and apathy. Prior history of psychiatric symptoms increases the likelihood of developing PCS. Medications for pain and psychiatric conditions, along with occupational and psychological therapies are often implemented to alleviate symptoms (6).

Treatment
Immediate medical attention is required in TBI, and focuses on stabilizing and preventing further injury, providing oxygen, maintaining blood flow, and controlling blood pressure. Imaging tests such as MRI, CT, PET, DTI, and X-rays are used to assist in the diagnosis and prognosis post TBI. Moderately to severely injured individuals receive a rehabilitation treatment program that is designed based on the individual need, in the areas of physical therapy, speech/language therapy, occupational therapy, psychological and psychiatric services, and social support (6, 7). A rehabilitation plan is important to implement post TBI, as the brain and functioning continuously change after injury. At the acute stage, moderate to severe TBI are treated in a hospital intensive care unit. Upon stabilizing the individual, he or she is either transferred to a sub-acute unit or to an independent rehabilitation hospital. Long-term rehabilitation plans are individually catered.

Should I get tested?